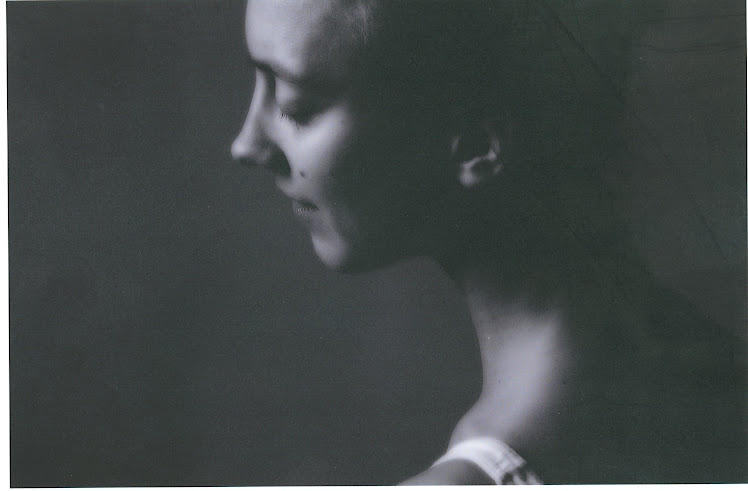 Touching deeply into the suffering of the past (and the present)

The 16th slogan of Lojong is "whatever you meet unexpectedly, join with meditation." In this slogan, we are encouraged to bring whatever we meet onto the path, instead of getting swepped away by our thoughts and emotions. This is a particularly powerful practice when strong emotions overpower us. A recent context in which I could try this was when I was visiting the House of Terror museum in Budapest. The museum describes the horrendous effects of first Nazi occupation and later communist rule in Hungary. 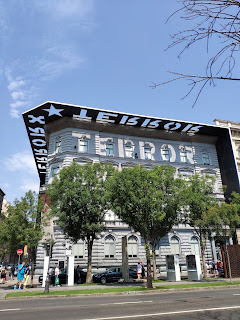 The museum starts with showing videos of soldiers during D-day, gunshots of people being killed in a very haunting soundscape. It continues with more haunting soundscapes, describing life during Nazi rule, experiences of the Jews being sent to concentration camps and locked up in ghettos. Then after the defeat of the Nazis, the dictatorship continued with the communists, who took over the same space for their secret police as the headquarters of the Nazis on the street in Budapest where the museum is housed. Now different people were being arrested and jailed, but the story was similar. Especially scary to me were the videos of people cheering for the rulers and little kids being expected to express their allegiance. I found this so scary because these were the masses that were groomed to cooperate with the atrocities of the regime. There were video interviews with prisoners who had sat in this very complex. Then we were taken into an elevator to the basement where the cells were. In a chilling audio story, we were told about how prisoners were hanged. By that time, my friend and I could barely bear the suffering anymore--so much suffering... And why? We rushed through the cells to the exit because it was just too much. This was the time in which I sorely needed my practice. In an attempt to make sense of all the violence, I tried to connect mentally to the victims that we saw, and to send them loving kindness--to at least mentally ease their suffering. In some sense this felt silly and senseless, but maybe in another sense, it was at least bringing some goodness to this place. Because I believe that this is the only antidote to violence and hatred: love and compassion. Sometimes i also tried to breathe in their suffering, as in the practice of Tonglen, and to breathe out my happiness and well-being in return, so it would ease the suffering. Finally, I also tried to visualize the Buddha of purification, Vajrasattva, and imagined all the suffering would purify the karma of those beings so that at least they would be spared more suffering in the future. This was a very real place where I could bring the practice in my daily life. In fact, for me it was the only way to touch my heart to the suffering that I witnessed. 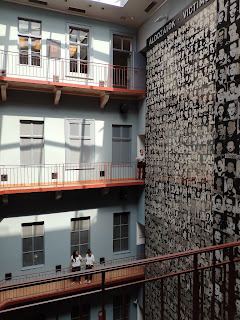 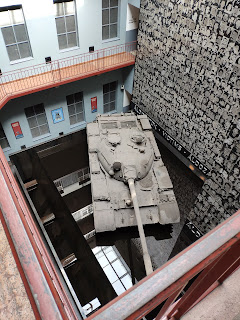 While both my friend and I left the museum visibly shaken, it was also a very good experience. It was a very powerful reminder that we need to really avoid these situations in the future and our own lives. It is important to cultivate kindness and positivity so the violence has less of a soil to grow from. So the practice of lojong and compasssion is crucial! But also, we must speak out against intolerance and hatred, and campaign for good education and critical thinking to avoid people being taken over by totalitarian regimes. Because whatever flavour it is, this is where this violence can flourish and spread. May we be able to eradicate the pain and suffering of the world, because the House of Terror is only a reminder of what is going on in so many places even to this day...

Posted by Marieke van Vugt at 10:35 PM No comments: